Eliminating Radon In Your Home

We provide certified radon testing using a continuous monitoring device. This is not only tamper-proof, but it allows us to measure the temperature, humidity, and atmospheric pressure along with the radon level. Most tests run for 48 hours and have instant results which include trending as well as an average reading. 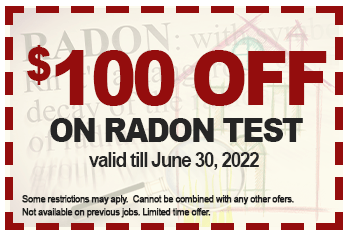 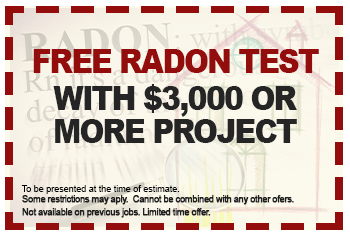 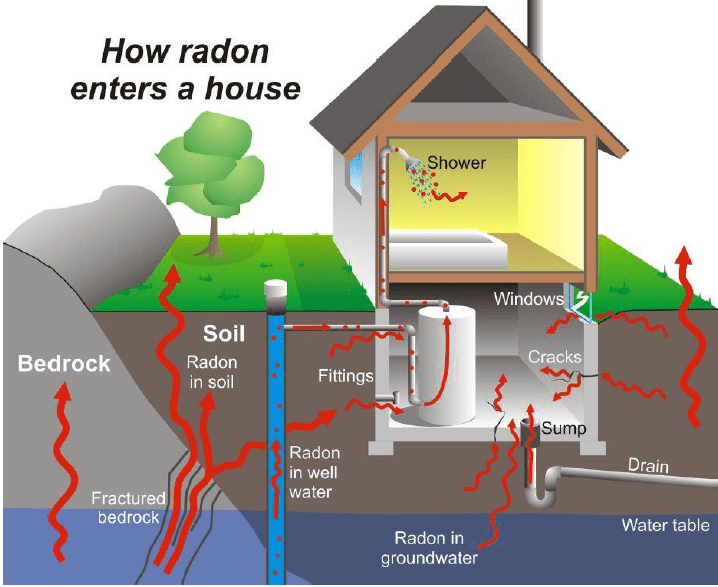 Radon is a radioactive gas that can be present in homes all over the United States and is the leading cause of lung cancer in non-smokers and second overall cause of lung cancer according to EPA estimates. It appears from the natural breakdown of uranium in soil, rock, and water and can easily get into the air you breathe.

Generally, radon moves up through the ground into the air and then into your home through cracks, doors, windows or other holes in your home or its foundation.  Radon is responsible for over 20,000 lung cancer deaths each year with 2,900 of those of people who have never smoked.

Radon like carbon monoxide has no smell, taste, or color so a test must be performed to detect its presence.

Due to the rock formation in and around Baltimore, the EPA has determined that the area is a high risk for radioactive particles to make their way into your home from the ground.  Radon is considered such a serious problem that in some jurisdictions Radon testing is required for home purchases.  Routine testing is recommended even if you have a mitigation system.

Radon is considered such a serious problem that some jurisdictions (like Montgomery County) require radon testing for home purchases. Routine testing is also recommended by the EPA, even if you have a mitigation system.

Start With a Free Consultation

At Handyman On Call, we understand that your basement isn’t just another room in your house, it’s the heart of your home. That’s why we pride ourselves on working with every client to meet his or her individual remodel needs.

Call us today to schedule your free consultation.  We will walk you through the process, and give you our best price to turn your basement into a space you can love for years to come!

We will always let you know whom to expect. When you make an appointment with us, you will know the name of our technician who will be handling your project even before he arrives to your property. Moreover, we permanently follow up. Once your project is complete, we will contact you one final time to make sure everything is exactly the way you want it. Your satisfaction is our number one priority!

No job is too big or too small.  If you are not satisfied, the job is not done!  We guarantee your satisfaction and we will work until you are happy with the finished product.  Read our testimonials to see what our satisfied customers have to say about our work. Our prices and quality simply cannot be beat! Happy customers are our specialty.

Take a look at some of the beautiful basements our team has built recently.

What Others Say About Handyman On Call Services?

Through many years of experience, we have developed great expertise when it comes to renovating commercial and residential properties. Our skilled handyman team in Maryland has the experience to handle the entire construction project – no job is too big or too small.

What a breeze it was working with these folks. Fantastic job, prompt, and reasonable. Will definitely be calling them for future jobs. Highly recommend.

You were professional, proficient and polite. I liked that someone 1st came to my home to look at the work needed done and then gave me an estimate. It helped me to budget or the repairs.

Estimates were provided and were not changed. The employee doing the work was friendly – quick – very competent and was very self-sufficient.

Technician was very professional, good customer service, explain work needed. Highly recommend this company. Will use your service for all my repair needs.

On time, very friendly, and always keeping you informed of what’s going on. I plan on using your company in the future.

The work was done in a timely manner and each job they did was done perfectly! The workers did each job for me efficiently and as I wanted it done. I will definitely call on Handyman On Call again if needed.

They were on time, knew what they were doing, cleaned up and didn’t take the whole day doing the job. My first time using Handyman On Call, but not my last. I would recommend them to anyone.

Did the work in one day and professionally. I am very happy. Really appreciate you will do small jobs – very hard to find companies to do that – you are all wonderful.

You were on time and exemplary professionalism was displayed. Job was well done.

The technician was courteous, explained the work and materials in detail, and left the joist clean. I’ll definitely use you again.